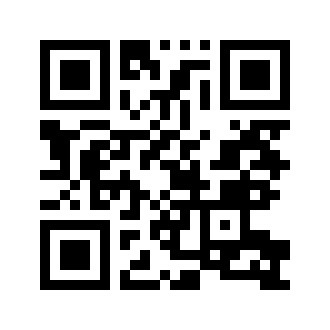 Our founder Joe Koenig provides examples on how he uses "Getting the Truth" to obtain information and detect deception.

I grew up in a small Michigan town in a small house. My neighbors on one side just installed a new cement driveway. On the other side the neighbors had a nice garage, full of tools that were irresistible to me. That neighbor was so irritated with my garage visitations, that he told my mom to keep me out of his garage.

One day when I was 4 years old I was playing on my next-door neighbor’s driveway. I tripped and fell on it, scratching my left knee. No big deal. After awhile, I ventured over to my neighbor’s garage – yes – that garage. I saw an axe on his workbench. I lifted the axe (it was heavy) and swung it at a tree stump on the garage floor. I missed the stump, and the axe head lodged in my left leg just below the knee.

I ran with the big gash and all the blood to my mom. She asked, “Joey, what happened?” I told her, “I fell on the new driveway!”

Now, that wasn’t a “real” lie. It was a partial truth. I had fallen on the new cement driveway. I answered her question. While I knew deep down she was asking about the gash in my leg, she was looking in the direction of my knee scrape too. It was close enough for me to answer the way I did and avoid further punishment for going in the neighbor’s garage. I could rationalize that I didn’t tell my mom a “real” lie. People don’t tell “real” lies.

So, we learn at a young age to be clever and avoid telling “real” lies. A real lie is saying, “I didn’t do it,” when I did, and everyone knows what “it” is. We don’t do that. We prevaricate. We tell lies by omitting information we want to conceal. We tell incomplete lies. We lie by not telling the “whole” truth. We lie by “omission.” Liars hide in the truth by telling partial lies.

Let’s look at the following statement by a subject who reported his car stolen:

The subject starts out in first person singular, “I came home around 10:00 PM…” He then says “I parked the car in our driveway.” Then, he writes in the passive voice, “The doors were locked and the alarm was activated.”

Further, he parked “the” car in “our” driveway. He does not show possession of “the” car. He doesn’t say “my” car. I can’t assume he means “his” car. I now assume it is “the” car, which could be anyone’s car but his. He could have said “my” car but he chose not to. He chose not to because to do so would have been to tell a “complete lie.” We, he, cannot do that.

Now look at passive voice sentence, “The doors were locked and the alarm was activated.” People write (or speak) in the passive voice when they don’t want to commit themselves to what they’re saying. Note no pronoun “I.” He could have said, “I locked the door and activated the alarm,” but he chose not to. I know he can write that because he’s done it before. He couldn’t say that because to do so would have been to tell a complete lie.

Because of those observations, I later obtained a confession from the subject that his car was not stolen. He couldn’t maintain car payments. He burned his car and reported it stolen. He put the glass in his driveway.

So you see how someone lies by omitting information they wish to conceal. They lie by omission.

Pronouns, as in the previous example, can provide great insights. Analysis of depositions, transcripts, witness statements, even financial statements can reveal the true message, perhaps reveal deception, and can confirm the truth.

Let’s look at the following example, which is a partial transcript of Oracle’s first quarter 2011 Earnings call on 9/16/2010 at 5:00 PM (Seeking Alpha Transcripts, www.seekingalpha.com, ORCL). We’re looking at President Safra Catz’s statements regarding the company’s guidance for their second quarter (Q2):

Further, notice she introduces her guidance statement in the 3rd paragraph with “the guidance I’m giving.” When anyone begins a statement with “I’m giving” or “I can tell you this” or “This is what I can share with you,” etc., you cannot rely on what follows. You can’t rely on it because the person stating it is not committing to it. They are qualifying their statement. Thus, they are not committing to what they subsequently state.

So, we cannot rely on what Ms. Catz tells us until the 7th paragraph sentence where she now commits to giving “my guidance” and there is no “I’m giving” that prefaces it. She doesn’t say “this guidance” or “the guidance I gave” which could be construed to be a summation. She differentiates this sentence by calling it “my guidance” and that is entirely different and now very personal. Now, and only now, can we rely on what she tells us in this sentence: “my guidance assumes a GAAP tax rate of 30.5% and a non-GAAP rate of 28.5%.” In short, we need to rely only on what the speaker commits to.

Thus, adoption of the principles in "Getting the Truth" will save you time and money in:

When someone uses the word, “money.” – what do they mean? You can see, there's a lot of "wiggle" in the definition that someone who wishes to tell a partial lie can use to their advantage. For example, does the below definition define "money" as including "confederate," or "foreign" currency, or checks that haven't been cashed? Can a person who wishes to mislead use that to his/her advantage? Of course they can. Questions have to be carefully constructed (sculpted) to avoid allowing people to tell partial truths.