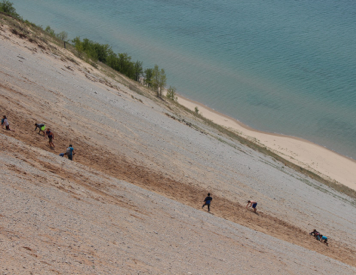 I conducted a linguistic analysis of Tim Cook’s statements (transcripts) at the last two Apple (APPL) quarterly earnings conferences. Let’s see what Mr. Cook says in the first paragraph in each of his opening statements: 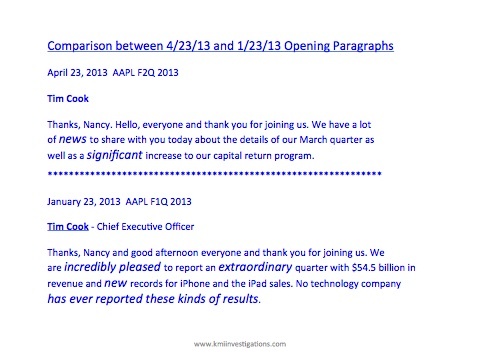 Just a quick glance will tell us, even before he says anything more, that Q2 results/enthusiasm are far less impressive than Q1’s. And, my analysis of the transcripts reinforces that conclusion. Here are my findings: 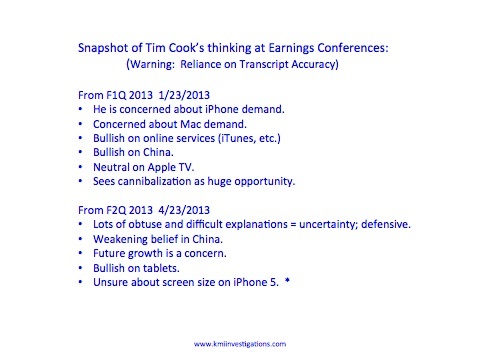 There is a big difference in his responses from 2013 1Q to 2Q - with much more sensitivity and insecurity in his answers in 2Q. If he is insecure, how should investors feel? He appears to be unable to clearly define his thoughts and visions for the company. His weakening belief in China could be a serious issue. He, himself, has concern about Apple’s growth. On the other hand, Apple has a huge cash reserve, which can overcome a lot of issues.

Conclusion: I think Mr. Cook is overwhelmed and not the man for the job. Because of the large cash reserve, Apple will be OK short term. However, Apple suffers long term under his leadership.